Tsunami is nothing new to Columbia, but even as long as it's been here, we've never made it there.  As you know, Neil and I are big Saki Tumi and Tako Sushi fans.  I guess we just never felt the need to go a little further down Gervais Street to Tsunami because we were happy with what we had.  We did check it out last night however, finally. 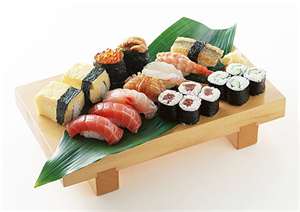 How we ended up there is a classic tale of good marketing.  Enter Groupon.  This past December, Groupon offered a good deal for Tsunami. I bought three of them thinking a) we would finally have a reason to check them out and b) I could use them as gifts.  So, yesterday, the opportunity arose for Neil and I to meet after work.

Let me start by saying that overall, I like Tsunami and I will go back.  But, our visit was not without some bumps in the road.  So, bear with me.  We sat at the bar because our intent was to have a drink and a "snack" before having to pick up the Vivver at mom and dad's house.  The bartender was a pleasant but very young girl.  I point out her youth because the vodka martini she mixed was just not very good.  It was pretty much a short pour of vodka, no vermouth to speak of, and therefore way too strong and medicinal and not very flavorful.  Also, she was already shooting sake with a customer and it was only 5:45.  I wonder what shape she was in by 9:00? 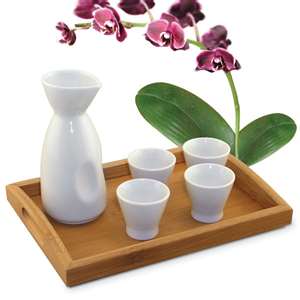 I liked the decor and atmosphere of the place very much.  Dark, rich colors accented with cool light fixtures and a nice aquarium.  The sushi bar itself was extensive and attractive. I also like the changing colors of the wall behind the bar.  (Sometimes pretty colors are all I need to be happy.)  The only thing I'm perplexed by is the large "crack 'n peel" #30 on the wall next to the sushi bar?

The bartender informed us that there was a special for the evening.  Three sushi rolls (particular ones to choose from) for $8.95. That's a pretty daggum good deal people.  So, we ordered the Philly (smoked salmon, cream cheese & cucumber), the Charleston (shrimp, cucumber, spicy mayo) and the spicy tuna (spicy tuna, hot sauce, cucumber.)  We also ordered the shrimp potstickers.  I loved the shrimp roll because I pretty much love anything with shrimp in it!  The smoked salmon was good too, but it was cut way too big.  I should have asked for it to be double cut.  Neil can vouch for the spicy tuna, because I'm not a sashimi girl.  He liked it but had to add sriracha, but that's not unusual for Neil.  The potstickers were tasty in that they contained lots of shrimp and you could really taste it.  The dough was very light and crispy...but that's because they were fried.  A true potsticker is pan fried on the bottom, so it doesn't stick to the pot (get it?) and then steamed.  Like I said, these were tasty, but were really a fried dumpling rather than a potsticker.  They were served with ponzu, which was a very nice complement to the fresh shrimp flavor.

So, everything was pretty good all around until it came time to use our Groupon.  The youthful, sake-drinkin' bartender didn't know what to do with it and had to call for back up.  That person who seemed to have a managerial air about her, then proceeds to tell me that the Groupon requires that we have a minimum of $16 worth of food and we were $1.06 short.  She then proceeds to babble on about seeing something on the news about Groupon not disclosing expiration dates and fine print to customers.  Now, any of you who know me know that this is the kind of ridiculosity that infuriates me.  Don't come bug me over a friggin' $1.06.  Just make it happen.  And, don't tell me a bunch of crap that isn't true...for instance...I (very calmly I might add) pointed to the actual piece of paper that is the Groupon and said, "Wow, here's the expiration date right here.  And look!  Here's a paragraph that is actually entitled 'fine print' and it merely states that tax and gratuity isn't included.  There is no mention whatsoever of a food minimum.  This would certainly be the place where that kind of information would appear."  I went further to tell her, very politely, that I had no intention of arguing over $1.06."  She managed to figure out a way to just deal with the coupon that HER COMPANY chose to offer and leave me alone.  Earlier, I referred to the fact that we came here because of effective marketing.  See...the Groupon is designed to get NEW customers (like me and Neil) in the door, which it did.  You really want to irritate people over fine print that doesn't exist and $1.06?  Not smart.

Ok, my rant is over on that subject.  As I said before, I will go back.  I liked the food and the atmosphere, which are two of my big three criteria.  Since I have two more Groupons, I guess we'll go when we're really hungry so this $1.06 won't be a topic of conversation again!

Posted by Elizabeth at 1:23 PM